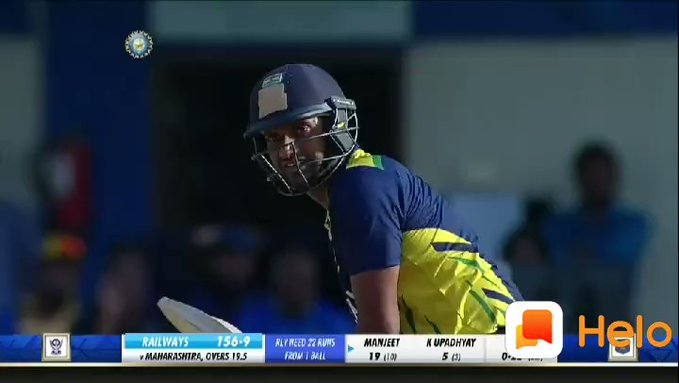 Cricket has been always in limelight with exception performances since decade and now one more feather in it is added with catch Ruturaj Gaikwad. Ruturaj Gaikwad’s catch during a Syed Mushtaq Trophy’s Super League Group A match that is now going viral on social media after a video of it emerged. The catch was taken during a clash between Maharashtra and Railways at Indore in March.

Chasing 178, Railways had virtually lost the game, needing 22 runs off the last ball. Batsman Manjeet Singh of Railways took the aerial route and hit what seemed to be a certain six. However, Gaikwad was clearly in no mood to give any extra runs and jumped to somehow take the catch on the boundary.

But when he realised the effort would take him over the boundary rope, Gaikwad threw the ball to another fielder, who did not make any mistake.

The video of the catch is now going viral and some are even saying it’s the ‘greatest catch in domestic cricket’.

Former New Zealand head coach Mike Hesson, who recently applied for India’s top job, wrote: “you need to put aside a minute of your life to watch this catch”.